The founder of The Synagogue, Church Of All Nations, and Emmanuel TV is dead. The Prophet was pronounced dead on Saturday, June 5th 2021 after the service in the church in Lagos 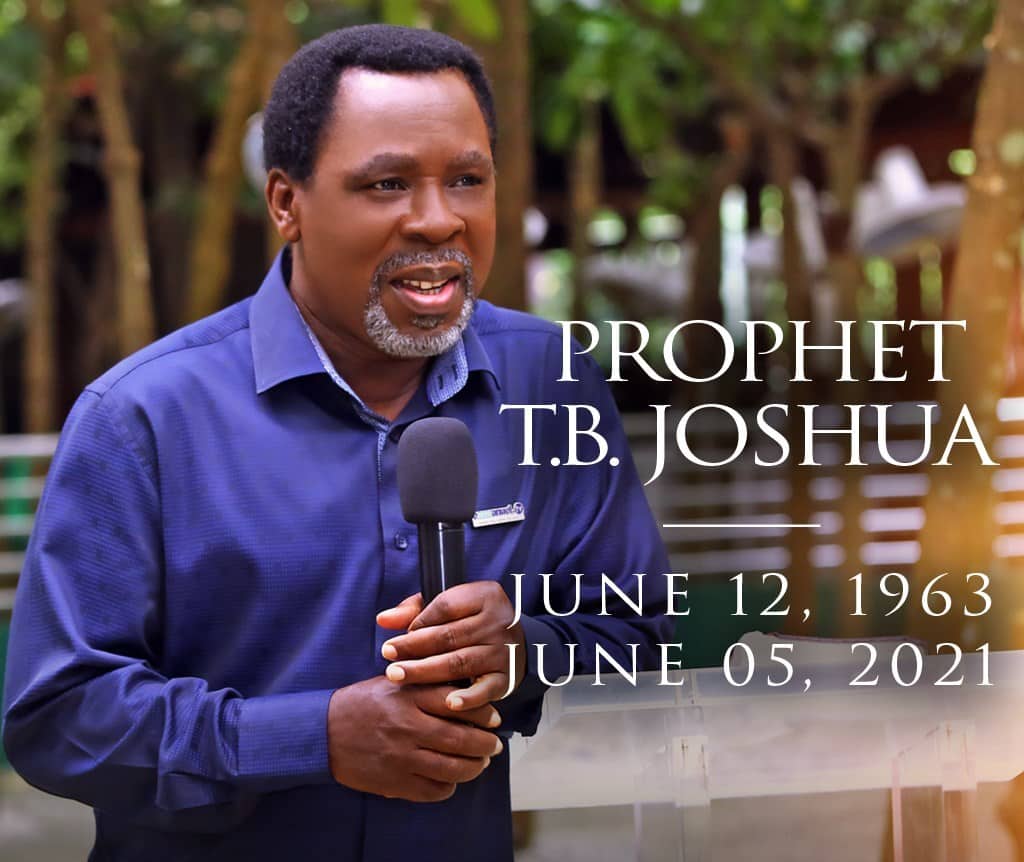 On the 5th of June 2021, Prophet TB Joshua announced during the Emmanuel TV Partners Meeting: “Time for everything – time to come here for prayer and time to return home after the service.”

The cause of the death of the prophet has not been disclosed but his family and relative pronounced that the prophet remains had been taken to the mortuary and an autopsy would be performed Immediately to know the cause of death.

It was recalled that on 3rd June 2021, the prophet took on his Facebook page and other social media platform that “he wouldn’t be able to celebrate his birthday”

God has taken His servant Prophet TB Joshua home as it should be by divine will. His last moments on earth were spent in the service of God. This is what he was born for, lived for, and died for.

According to the Prophet

“The greatest way to use life is to spend it on something that will outlive it”.

Prophet TB Joshua leaves a heritage of service and sacrifice to God’s Kingdom that is living for generations yet unborn.

Watch the last words of Prophet TB Joshua below: