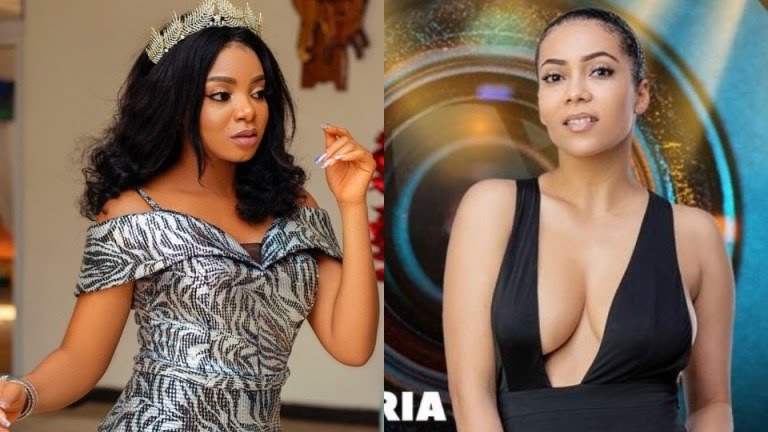 Just when we thought all was well in the house, this fight between Maria and Queen heated up the atmosphere in the Big Brother house and it was not a pretty sight.

It all started after the housemates were enjoying themselves and Whitemoney decided to showcase the guys with the best bodies. Then it was Pere's turn and White said that the householder is very strategic. This statement was agreed to by Queen and she made a show of it by standing up to agree.

Maria felt that Queen shouldn't know that about Pere in such a short time, and she let Queen know that she was not in a position to agree with Whitemoney. 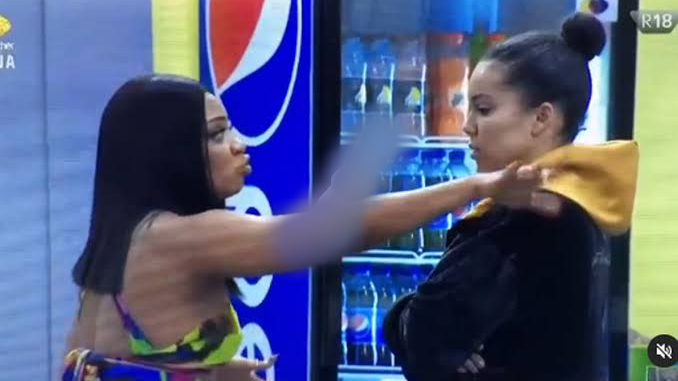 Queen then called Pere aside to let him know she was going to confront Maria, and he didn't do much to stop her.

Queen went over to Maria, who was with Kayvee at the time, to confront her, but the whole thing went twisted before most people even understood what was happening. Queen, who was already upset, said that two things were bothering her and one of them involved Maria.

Maria went on the defensive and said there was no way she was going to stand there and listen to Queen yell at her. This made matters worse and Queen got really angry. It took a few roommates to stop Queen from touching Maria for fear of the consequences.