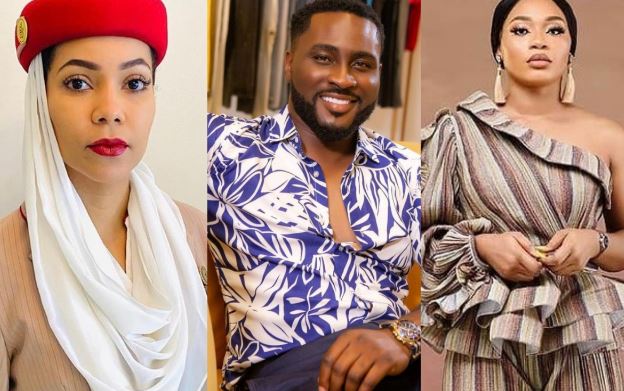 Beatrice and Tega had a secret discussion on Thursday night where they made a plan on what to do with Pere.

The two ladies found a corner for a secret discussion where they talked about Pere and Beatrice's private chat about his feelings for her.

Pere spoke to Beatrice earlier in the day about how he no longer has feelings for Maria, his former lover. He told her that Maria is not his girlfriend and that he has lost his attraction for her.

He cut to the chase by telling Beatrice that he feels something for her now that he is no longer distracted by his former feelings for Maria.

With that in mind, Beatrice planned to use Tega to determine if he really doesn't feel anything for Maria anymore. They agreed that the investigation should be kept secret so that they can get a real answer.

According to the lady, she needs this so that she can decide which of the male housemates she should embrace in the game.

She added that she needs a man to cuddle and hug, especially with the constant cold temperatures in the Big Brother house.